WHO ARE WE?
Search 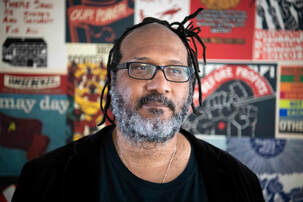 Lewis R. Gordon is Professor of Philosophy at UCONN-Storrs; Honorary President of the Global Center for Advanced Studies; the 2018–2019 Boaventura de Sousa Santos Chair in Faculty of Economics of the University of Coimbra, Portugal; and Chair of Global Collaborations for the Caribbean Philosophical Association.

His most recent books are his co-edited anthology with Fernanda Frizzo Bragato, Geopolitics and Decolonization: Perspectives from the Global South (London, UK: Rowman & Littlefield International, 2018), and his forthcoming monograph Fear of Black Consciousness (Farrar, Straus and Giroux in the USA and Penguin Book in the UK) and his collection of essays 论哲学、去殖民化与种族 (“On Philosophy, Decolonization, and Race”), trans. Li Beilei (Wuhan, China: Wuhan University Press). 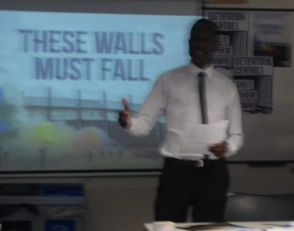 Freed Voices are a group of experts-by-experience committed to speaking out about the realities of immigration detention in the UK and calling for reform. Between them, they have lost over 20 years to detention in this country.

​As a group with a strong and authentic voice demanding detention reform, Freed Voices has a significant positive impact on how immigration detention is talked about and has managed to attract an increased sense of political urgency for reform, building momentum for change. 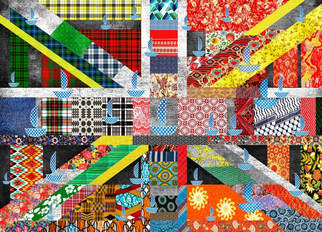 The New Union Flag (NUF) project by the artist Gil Mualem-Doron reimagines the Union Flag in a way that reflects the changing society in which we live, acknowledging and celebrating the communities that have contributed to the UK’s cultural legacy.  Re-created with fabric designs from all over the world, the New Union Flag transforms the traditional Union Jack from an archetype of uniformity into a dynamic and celebratory on-going performance of diversity. From 2015, the New Union Flag has evolved every few months with the contributions of participants from various national and ethnic backgrounds.  For three years it has engaged thousands of people through gallery exhibitions (Turner Contemporary, Tate Modern, the South Bank Centre, People’s History Museum – Manchester, Liverpool Museum), numerous cultural events, school visits, festivals, rallies and workshops.

The New Union Flag project includes portraits and recorded conversations with people who would like to see it adopted as the national flag as well as others who don’t. This publication and exhibition is comprised of extracts from some of these conversations in the form of a series of collages.
More about his work can be viewed here: http://www.gildoron.co.uk

Dr. Gil Mualem-Doron (UK/Israel) is a socially and politically engaged artist working in various media chiefly photography, digital art and installation and performance using participatory practices. His work investigates issues such as of urban history, social justice, identity and in particularly transcultural aesthetics, migrations and displacement.  His work has been exhibited extensively in the UK and abroad including Tate Modern, the Turner Contemporary, Liverpool Museum, People’s History Museum, Turner Contemporary and recently Rich Mix London. His work has been published in several journals and books including The Times, Time Out, Metropolis, Art Leeks and Loud Paper. A comprehensive view of his work can be seen here: http://www.gildoron.co.uk